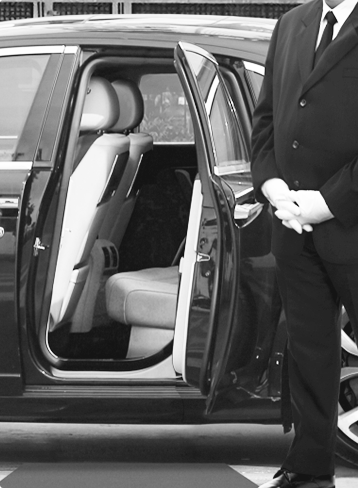 It has been taking you places since 2000.

Carzonrent offers an affordable car rental service. We offer a massive fleet of cars/ SUVs to choose from for self-drive car. You may select one based on your requirement, budget, and choice. Our vehicles are well serviced and offer a smooth drive. We have a team of professional drivers who possess a thorough knowledge of the city and route and ensures a comfortable and enjoyable journey.

Kolkata is known as ‘The Cultural Capital of India’ for its diverse history and architectural significance. The capital of West Bengal is the third-largest city in the country that celebrates the daily festival of human existence, culture, art, and intelligence. The city of joy happens to be the capital of British India, where you can see evidence of colonial rule in its market, heritage sites, residential properties, and more. Kolkata is an ideal place to experience simplicity with the touch of modern India.

Witness Kolkata magnificently during your trip, and with our car rental in Kolkata service, do it smoothly.

Bengal and Food are Correlated: Bengali food is a must-try from Kathi/Kolkata Roll or Frankie to Momo from China Town to Sandesh to Fish to Roshugulla and more. Kolkata offers a plethora of delectable delicacies, capable of satisfying even the most fastidious of palates.

Ride to Remember (Trams & Hand-Pulled Rickshaw): Trams are operating on the streets of Kolkata since 1902. The tram service is one of the last remaining in the country and the oldest in Asia. It is cheapest and time-saving, and convenient to visit Belgachia, Rajabazar, Park Circus, Gariahat, Tollygunge, Kalighat and Khidirpur. Whereas Hand-Pulled Rickshaw is manually driven by local rickshaw cart pullers, willing to transport you anywhere within a couple of kilometres and is a fun and exciting manner to get around.

Eden Garden: Established over 150 years ago, the Eden Garden Stadium in Kolkata is a landmark and considered a historical and heritage site. It hosted many big cricket tournaments, local and national games. You can catch any of them when you visit Kolkata, and tickets are available online.

Bengali Cinema: The place is well-renowned for its culture and rich heritage. This richness extends to its cinema. The city has a historic theatrical and cinematic past, and one should visit one of the local cinemas like RDB in Salt cake to catch on new movies. These cinemas also host many plays and festivals celebrating national, regional, and international cinematic evens.

Colonial Structure: Having such a culturally diverse past, Kolkata remains one of India’s most historic and cosmopolitan place. Take a tour to the most popular and impressive colonial facilities here, including Victoria Memorial, Marble Palace, St. Paul’s Cathedral, Kolkata Town Hall, Indian Museum, Calcutta High Court and Belvedere Estate.

Howrah Bridge and more: The Hooghly River and its tributaries run across the West Bengal state and have been a water source in the region for decades. Over time, four bridges have been built to facilitate easy crossing. The Howrah Bridge is the largest, spanning over 1500 feet, and this suspension bridge has become a lifeline in the town. There are three other bridges in the city, Vivekanand, Vidyasagar and Nivedita.

• As much as cricket is adored, football has its equal share of fan following. Many playgrounds are opening around, and some major football coaching facilities like Kolkata Football Academy.

• Kolkata has the largest tree in the world (in terms of area covered)- The Great Banyan Tree at Botanical Gardens.

•Visit the oldest and only Riverine Port at Hooghly, named Khidderpore Port.

Book a self-drive car in Kolkata and steer around this friendlier metropolis with utmost comfort and leisure. The best time to visit Kolkata is year-round, especially between October to November, to witness the grand festive celebration of Durga Puja.

Car hire in Kolkata also helps you to visit these fantastic places near to this city like:

Chandannagar: This quaint city is located on the Hooghly river's western bank and famous for its religious attractions, Jagadhatri Puja, and elegant architecture.

Sundarbans: Enjoy the wilderness; Sundarbans is known for its mangrove forest and biodiversity, where you spot various wildlife. It is a UNESCO World Heritage Site and home to the Royal Bengal Tiger, Wild Boards, Leopards, Grey Mangoose, and many birds.

Shantiniketan: The charming town of Santinekantan is famous due to Rabindranath Tagore’s outstanding contribution to art, music, poetry, and writing.

Jamshedpur: This beautifully planned city of Jamshedpur by the rivers Kharkai and Subarnrekha and is famous for parks, lakes, sanctuaries, and of course, for being The Steel City.

Bodh Gaya: Enrich your mind and soul on the Land of Buddha, where he attained enlightenment and spread his teachings. Visit Temples, Bodhi Tree, Monasteries, Museums, and more.